He served on the Executive Committee of the Transportation Research Board and APTA, where he also chaired the Legislative Committee.

Peterson has also served two Governors and two Congressmen, directed a 10,000-employee state welfare and social service agency, and served as a City Administrator. He is the founder and chairman of the non-profit Edge Foundation, whose mission is to help students with ADHD (Attention Deficit Hyperactivity Disorder) and other learning challenges realize their potential and their passion. 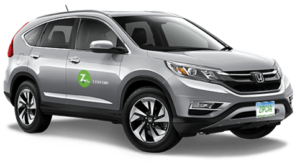 Entrepreneurial, strategic and innovative – Peterson is a self-confessed “serial entrepreneur” and innovator. Companies he has founded include:

In addition, Neil has served as CEO, COO, or CFO of six companies, including a publicly traded membership campground company, a television and TV advertising research and ratings company, a Health Maintenance Organization (HMO), an
international people-mover company in the transportation industry, a contracted heavy equipment maintenance service business, and a travel publication.

Trusted advisor with a great depth of consulting experience – Peterson has served in numerous consulting capacities and is known for developing, securing funding for, and delivering major capital programs and projects in the transportation sector, including: